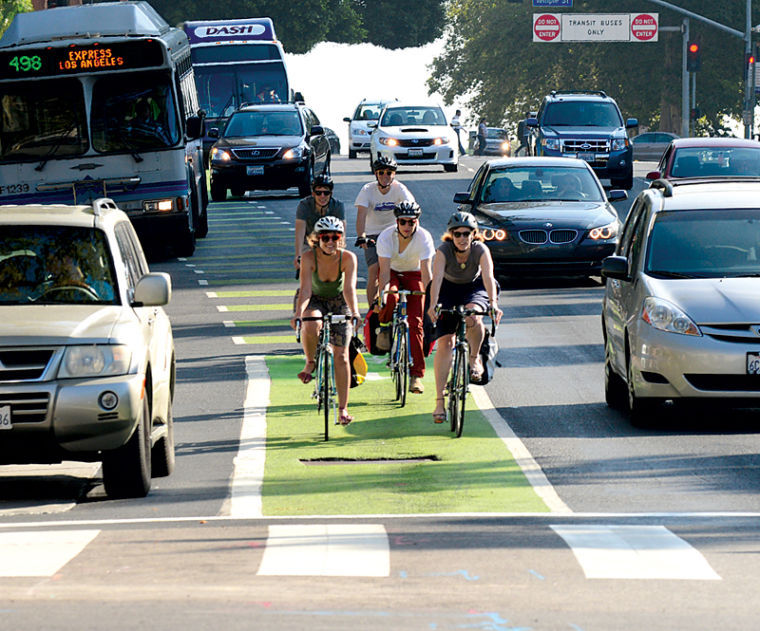 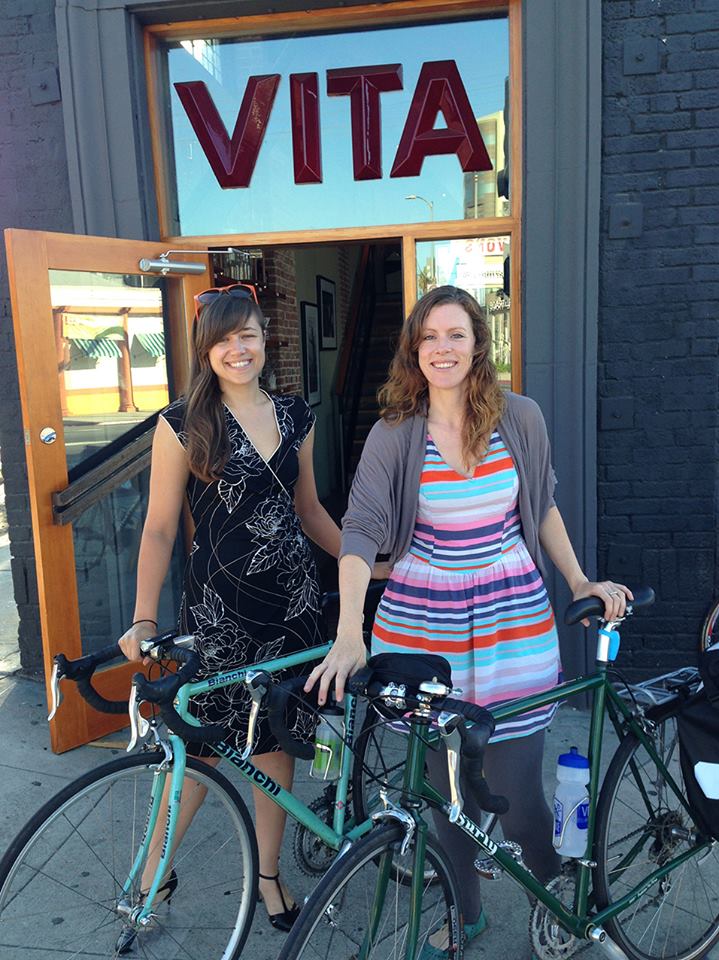 Is your fear of getting sweaty and not looking professional keeping you from taking cycling more seriously as a commuting option?Alternative Route004 co-conductors Kelly & Kelli (you read that correctly) keep it classy and stylish as they ride from Silver Lake -> Downtown LA! And they’re both members of the Bodacious Bike Babes. With Morning Edition blasting from their speakers, get a work out AND get informed!

— with Kelli Bachmann and Kelly Majewski.